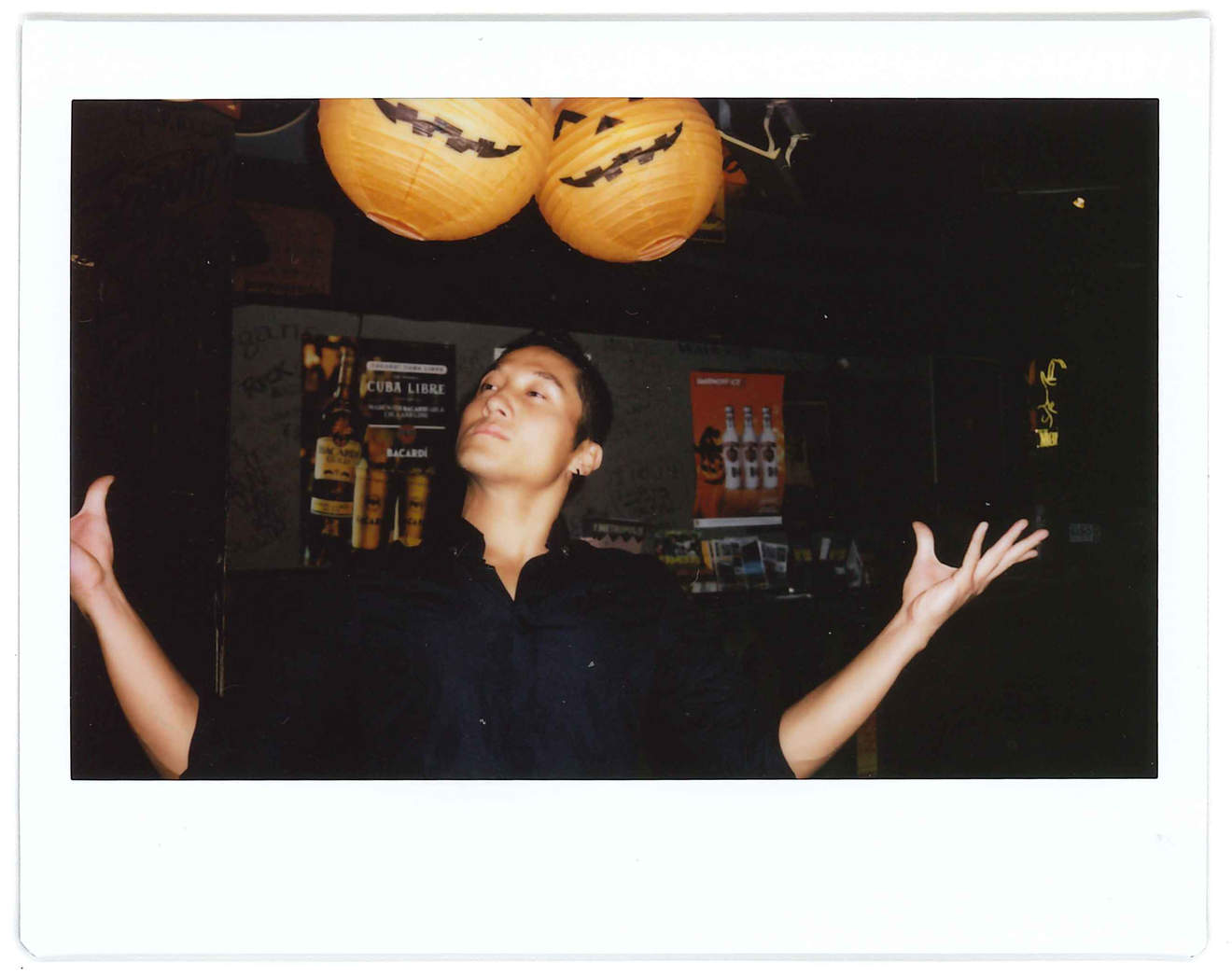 I met up with him at Sakura Tei (さくら亭), an okonomiyaki restaurant in the area of Omotesandō. The first time I have had okonomiyaki was in Hiroshima. And the second was in the restaurant Abeno in Holborn, London. Okonomiyaki is a pancake made of mixed cabbage and noodles with other assorted ingredients. Most okonomiyaki restaurants are made for you to grill your own okonomiyaki and that makes it a great group event. When ordering you choose your favourite ingredients to add to the pancake and once cooked you top it up with Japanese mayonnaise, okonomiyaki sauce and fish flakes. Japanese mayonnaise is made of egg yolks and vinegar instead of whole eggs, salt and sugar giving it a yellow tone and stronger flavour.

Shun was accompanied by Danny and Georgia, both visiting from London. Danny is a manager of a bar in central London. Despite being in a bar during most of his working hours, he was keen to visit all the best bars in Tokyo. This meant trouble for me. Danny is an Italian who lives in London but he was not shy to speak with the staff in fluent Japanese or to me in fluent Portuguese. He moved us from one bar to the next, buying the next round of drinks, making it impossible for me to escape. I told him about my ideas of earning a living making cocktails for some period of time and he give me advice on how to make that happen. We followed him to the bar A971, Propaganda, Ooh yeah formerly known as Jumanji, The Pink Cow, V2, Shamrock and finally Feria. All located in Roppongi. This was the high energy, positive feeling, night out that I needed. And now I feel like I know my way around the bar and club scene of Roppongi.

Above is a photo of Shun, the legendary contortionist.